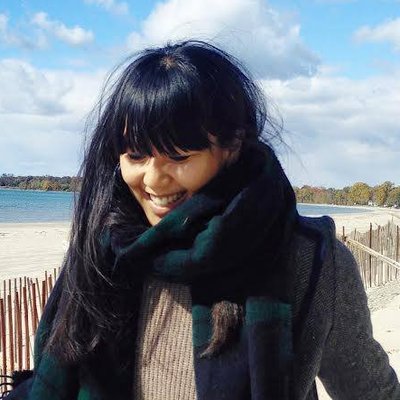 When she crawls under her bed, she finds a dusty sticker collection and an ancient well.

[Watching the film “Ringu”, she was terrified by the image of a young woman with long dripping wet black hair, crawling like an insect out of the inky darkness.]

She holds her breath, and plunges into the cold water.

You have to start somewhere, so I follow the gossamer thread of soul down an ancient well.

I’ve been naming this container my self-directed masters. Yet truthfully, what feels more appropriate is to embrace it as soul-directed masters – a spiralling journey of being called to katabasis. I needed to walk away from Omelas, away from a Modern world that gleamed and gave us certainty, but was scarce of song. I walked away, not knowing where to go and for how long, pockets empty of a ticket for return.

But the calling of the soul is deep, yin, and haunting.  She lures me under the bed and coaxes me through a labyrinthian descent of dark corners and bends. She beckons me with a strange dancing light that is mirrored in my mesmerized eyes. I think that I follow curiosity. Yet the deeper I go, the more I am pulled, carried by the scent of potent and impenetrable synchronicities – fragrant, alien flower petals guiding the winding path ahead. The agony of my longing intertwines with the strange allure of destiny.

Sometimes, these tunnels become so tight and so dark that I have to crawl blindly with my hands and feet on the ground. Sometimes, a chilling fog seeps into my body, filling it with dread: have I been walking in circles (?) for how long (?) where am I trying to go (?) where am I being taken (?) am I stuck (?) am i lost (?)

Am I lost? The soul thread that seemed to shine has disappeared into an entangled mess of threads, forming the spider’s web in which I am caught as prey.  Fear collects thickly and I feel the shadow touch of hungry ghosts and monsters that seek to possess and consume me. Trapped, my entire body writhes and struggles for freedom. My gut twists with betrayal, my heart clenches and pounds, drowning out a mind that desperately maps and strategizes its escape back to the light.

So I linger. And the clench of claustrophobia begins to relax when I close my eyes and become very quiet and very still. In the stillness, I begin to notice that there is an aliveness to the horror and the darkness; that the walls that embrace my body are expanding and contracting with each breath. I feel the warmth of the dirt in my hands, rippling with worms, beetles and mycelium, pulsing with life. In the stillness, I feel a glimmer of the subtlest vibration, trembling though my core.

The call was from inside the house all along.

The soul’s shining thread is inside as far as it is outside – it has always weaved through the waterways of my body, coursing through channels and spilling in and out of my mouth and ears. All I have to do is touch the thread

and in the timeless moment of contact, song breaks through and she feels into the reverberations that sing forth. And she is moved by the felt resonance in her heart, strangely attracted. trembling in her body. moving slowly, not forward, but sideways and backwards. hands feeling walls that were previously solid, now softly yielding under her touch, allowing.

[she knows how to navigate her own labyrinth without a map. it is her dwelling place]

and she slips through.

[the walls are made of webs after all, and she is the weaver, the unweaver and the weaved]

land softly
through cradles of webs

touch one thread: sings
a grandmother’s betrayal
touch another, arm outstretched
an ancestor of the future, static
electricity between two
fingers making contact

across the night sky as
vast as an open hand

One thread interweaves with all other threads, but we’ve been knotted together so tightly and so densely together, for so long, that we believe that we’re solid and there is no other way. Our systems are ossified and stuck, and we react with more fixing. In this unyielding, clenching fixity, we see no other way. We hate the spider that trapped us, we vow to kill the monsters that make us suffer. Knuckles whiten around the sword that must cut through the Gordian knot. There is no other way. It is unimaginable to find another way. To loosen is to unravel, and discover that there is no solid ground. To loosen is to see that the spider (her name is ariadne) has been living inside of us all along.

The unravelling has already been happening, they whisper to us that it is the Way. Perhaps. But let us be gentle and find sanctuary in falling apart. Let us be gentle and become very still, in order to listen. The frequency of a soul can be as subtle as the flutter of a spider’s thread, as quiet as water trickling deep underground. A racing heartbeat will drown it out.

And then in the quiet, we might sense something calling to us. At first, we will be suspicious. But eventually, we might learn to discern. And when we discern, we might trust. And when we trust, we might respond.

Because an event is happening. An event that is impossible to forecast or predict.

Written here, call and response are words strung together on a linear chain. But play with me, and imagine that I’m placing, in front of you, seashells in the sand. I’ve collected so many in my carrier bag.

Here, touch. I put your fingers on a scallop shell. You feel the ridges and how they fan out radially.

Here, look. I hold up an abalone shell. You see how the iridescent surface glimmers with aliveness.

Here, taste. I bring it to your mouth. You taste residues of seawater on the shell, reminding you of the salt of the blood that runs through your veins, the salt of tears that flow through the earth.

Here, listen. I cup a hollow conch shell to your ear. You hear a vast resonance chamber filled with invisible threads and echoes and winds. Invisible threads that upon pressing against your ears, sounds an immense song that plays all at once: in timeless, cosmic synchronicity. We respond to the echoes of what we call forth.

Here, imagine. Our bodies are instruments, and in becoming response-able, we allow the threads of our souls to play and be played. The threads dance and weave together in song, interpenetrating through bodies that scatter into particles vibrating in unpredictable motion, pouring from a deep ocean of time and into the firmament of stars. Just imagine.

So let us meet the universe halfway, and keep making contact. After all, all human sounds – even the ones that resonate the most beautifully – decay eventually.

Sanctuary is the site where thought stops, where continuity is troubled, where the program glitches, where the master’s whip tears the flesh open and is anointed by alien music, where freedom’s lusts meet new worlds-in-the-making, where creation begins again. As if for the first time.
— Bayo Akomolafe

“ It [the evolution of human consciousness] is rather as if a musical instrument, which was being played on . . . an Aeolian harp perhaps, played on by nature herself . . . fell silent for a while. And then, after an interval, when it began to sound again, it was no longer merely an instrument, but had become aware of itself as such . . . and could itself take part in the playing of itself. ”
– Owen Barfield

“And she opened the clenched fist in her mind and let go, and fell, into the midst of everything.”
– The awakening of Teijitsu, 18th century abbess of Hakujuan, a Zen Buddhist nunnery near Eiheiji, Japan